What is an Intervening Cause in Relation to a Personal Injury Claim or Lawsuit?

One of the elements of proving negligence in a personal injury claim is causation. To be awarded damages, the plaintiff must prove that the defendant had a duty of care, he breached that duty, the victim suffered damages, and those damages were directly caused by the defendant’s actions.

What is an Intervening Cause? 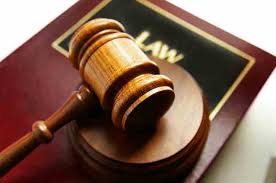 So what qualifies as a superseding cause? As discussed above, if you refuel the generator in the back alley and fail to clean up the spilled gasoline it is within the foreseeable risk of harm that someone may carelessly toss a lit cigarette into the flammable puddle. However, consider this alternative. Say you spill the gasoline and it forms a medium size puddle in the crevices of the ground. Later on a person is beat up by gang members, knocked unconscious, and the victim falls face first into the puddle. The gang members leave him and the victim ultimately drowns in the puddle of gasoline. Would this be considered a superseding cause relieving you of liability? It is likely that the court would find this to be a superseding cause. When you spill gasoline the fear of possible injury is due to the fact that it is highly flammable. Therefore the foreseeable risk of harm would be that someone would accidentally cause it to catch fire. It is absolutely not foreseeable that someone would become unconscious and drown in the puddle due to your failure to clean up.

For example, if the kitchen worker intentionally threw his lit cigarette into the puddle of gasoline, and knew that it was gasoline, this would be considered a superseding cause instead of just a simple intervening cause. Since the kitchen staff knew that the puddle was gasoline and it is common knowledge that gasoline is highly combustible, it is logical to think that he intended to cause the resulting explosion and fire. This would absolve the original defendant from liability and entirely shift the blame to the kitchen worker.
The attorneys at our Law Offices have over many years of experience handling personal injury cases. We are well versed in the discovery process and knowledgeable in uncovering evidence that can help determine fault. If you or your loved one has been involved in an accident you may have a claim for personal injury. To discuss your injury and potential claim for compensation, call our Law Offices @ this website